This page is dedicated to what I've done to my motorhome from 2006 to current date
my motorhome is a 1996 coachmen catalina sport 220rk class c
it is 22' long, has a dinette area, sofa area, rear kitchen & overhead bed.
and of course, a bathroom with a shower & half tub.

i have documented what i've done to it to date with links back to my blog when i've blogged about each detail. i've probably done more to it, but that would be maintenance or cosmetic that i may have missed on this page.
all mechanical is documented on this page however. 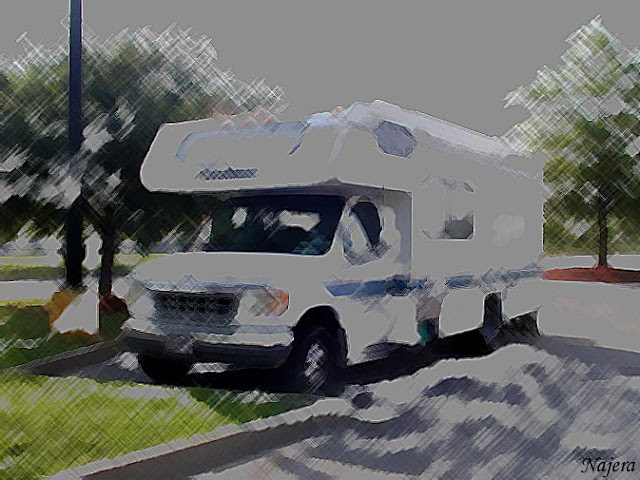 Really didn't have to do anything major to it back then. Just oil changes, typical truck maintenance kind of stuff.

Learned on what to buy, a surge protector. Tire covers. Window bonnet, just RV items that pertain to the care of your RV.

2007: Had the gas line checked once because my alarm kept going off. The gas line was fine. It was a dying coach battery that caused the alarm to keep going off. New battery, alarm fine now.

* Paid an RV company to change the oil in my generator. Then found out it was not a hard thing to do, so took over doing that deed myself.
http://texcynlife.blogspot.com/2012/05/changing-genny-oil.html

* Seal down the seals on the rubber roof with eternabond. Routine maintenance for preventative reasons.

2008: Hurricane Ike strikes. We evacuate. It's one of the reasons we bought the RV. To keep us & the dogs safe. Several days of boondocking without power. Low on gasoline due to no power & gas stations not being able to pump gas. Lesson learned. If you ever have to evacuate, get gas once you get to your destination. Fill 'er up! Coach battery starts to fade. Start & run the generator for an hour in the morn, then an hour in the evening. OK, can't do that anymore. Almost out of gas...bought new battery once the RV place was open again.
Bad year to do much to Ellie, although she was in good shape & could take the time off.
She became my home at this point since I could not live inside of my hurricane ridden home, so I lived in my driveway inside of the motor home.

2010: Changed out all rear coach lights to new ones. Including the ones on the sides of the RV.

November 2010: Had blow out on drivers side rear dually tire. Destroyed both duallies. This is where the mistake comes in of buying used tires.
http://texcynlife.blogspot.com/2011/10/send-life-jacket.html

* Replaced refridgerator. Old one leaked the ammonia. Yellow stuff. Not good. Did a lot of research & found it was more cost effective to just buy a new one rather than try to have old one fixed. Had an RV repair place do that deed.

* Had a new ladder installed. Old one fell apart & became a danger to use.

* Battery level low again. What? Why? Oh, converter is bad. Had it checked. It was boiling the battery. So this is also why batteries were dying! Bought new converter, changed it out myself! Not a tough job actually.
http://texcynlife.blogspot.com/2011/11/rv-is-newly-converted-puppy-dog-owie.html

* Replaced window seals (new glazing bead, which can be ordered through PPL)

* Had tire extensions added to my dually tires. What a great invention! Now I can fill my own tires, any time, any where.
http://texcynlife.blogspot.com/2012/11/tire-care-and-to-clarify.html

2012: Spring: Had overhead cab rebuilt. Total rebuild. Got struck by something from the highway, which ripped part of my fiberglass off. Then it rained, destroyed the entire overhead cab. At my expense. Insurance company denied the claim.
http://texcynlife.blogspot.com/2012/02/odor-control-preparing-rv-for-service.html

* Pulled glazing bead away from windows (had a small leak, so learned how to fix that with this method). Cleaned the tracks out really well. Soaked the glazing bead & cleaned it really well. Snapped back into window tracks. No more leak. When I said I replaced glazing bead in 2011, it was the smaller sized one. Some of the windows have two different sizes, the heavier fatter type, didn't get changed out then. But after I did the deed of cleaning the track & glazing bead, I discovered you don't have to buy new. Just clean up the old stuff.
http://texcynlife.blogspot.com/2012/04/showin-mah-durty-side-leaky-widows.html

*Got an oil change.

* Had the tires rotated & balanced.

May 2012-- took a trip. Serpentine belt shredded. So had to have a new one installed on the road while traveling – they also installed a new power steering belt. I'm good to go again.

July 2012:  Heading back to Texas from Pa. Get into Arkansas. It's deadly hot outside. 107. Transmission overheats & gives out just as I pull into a campground. Thus: Transmission rebuild.
Big expense. Bummer.
http://texcynlife.blogspot.com/2012/07/transmission.html

* A few days later, new transmission cooler. A heavy duty one installed in Marshall, TX. The shop in Arkansas neglected to put a new cooler on! But hindsight says it's better that it was done in Marshall Tx because they put a correct sized one on. I already covered that in my blog, but will say it again. When the vans are ordered on ClassC's, they come with stock coolers. Sooo, eventually, those stock coolers can't handle the load of what these RV's must work at & go out. Thus possibly destroying the transmssion.
http://texcynlife.blogspot.com/2012/07/marshall-tx-more-transmission-news.html

February 2013: Got two new tires, had a tail light fixed, got inspected.
http://texcynlife.blogspot.com/2013/02/tires-and-wires.html

So these are the things that I've had to do since owning my motor home. Other things include routine generator oil changes, which I do myself. I wash & wax the RV routinely as well. 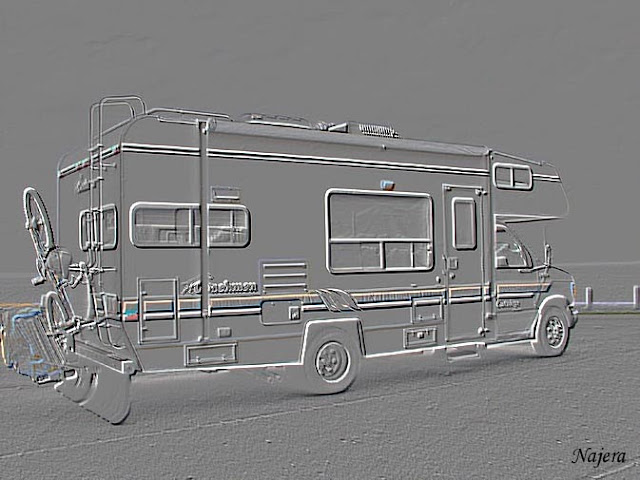 I decided to document all this in case it lends to help others. If others have comments or suggestions, please feel free to leave such in the comment section.

Please feel free to leave comments, I do read them and sometimes, I even learn something!

I do not allow spam links or spam comments. Those get deleted.

Have a good one and Live the Life you Love!

TexCyn
I've lived on the Texas Gulf Coast since 1980, or thereabouts. I've been showing dogs since 1982, they are the love of my life. My 2nd love is my RV - motorhome, which I named Ellie. I look forward to each time I get to take Ellie out on a trip, all dogs along inside. They all love it too. However, most of my traveling is to dog shows. In the future, we'd all like to do more traveling around the country, visiting friends and points of interest. Please visit my creative side at www.creationsbycyn.blogspot.com My RV side at www.texcynlife.blogspot.com

visited 22 states (44%)
Create your own visited map of The United States or Like this? try: Chinese Radicals